Post Death Soundtrack – It Will Come out of Nowhere Album Review

Post Death Soundtrack – It Will Come out of Nowhere Album Review

Today, we are featuring a magnificent industrial doom band; POST DEATH SOUNDTRACK, from Vancouver, Canada. We have reviewed their bullet-proof new release; It Will Come Out of Nowhere, along with its style, potential, story, recording quality, production rate and more.

Post Death Soundtrack is another promising, psychedelic, progressive, industrial doom band that Metalhead Community Blog readers might remember from their previous single release; Chosen Sons, which we have featured on Metalhead Community Blog some time ago;. After the successful release of Chosen Sons not long ago in 2018, Post Death Soundtrack is here with us with a brand new full-length album; It Will Come Out of Nowhere. First of all, I would like to say that I know this band for a long time. They have left their mark in my memory with their unusual and also successful mix of different styles, creative ideas, intelligent songwriting, chord progressions, but most importantly, with authentic music style. Whenever I hear music with a super dark moody atmosphere, it reminds me of Post Death Soundtrack. They have managed to develop a sound, a proper style for themselves in years while injecting this eccentric taste into our minds, which is quite admirable.

Post Death Soundtrack’s music style might sound like out of Metalhead Community’s circle at first. In my opinion, it was their inspirational importance which makes them bullet-proof by any kind. It certainly is beyond everything in any kind of art. When I listened to It Will Come Out of Nowhere album from the beginning to the end for the first time, only one thing popped up in my head; hard work. This might be because of my musicianship. Obviously, the band was working for some time to get all these ideas together. I personally have great respect for any artist/band who is making a release with more than 10 songs, such as It Will Come Out of Nowhere album with 11 songs. Just like the fundamentals of Post Death Soundtrack’s music, the album carries their characteristics both as a whole and separately. There is no room for getting bored or feeling enough of this super exciting atmosphere. Metalhead Community readers might remember I am not into this kind of music that much. But the richness in their instrumentation and unpredictable compositions are truly addictive, immediately pulls the listener into its world no matter what kind of music you are into. Of course, it is more about the music itself, about the way we look at it and about what we see. In this matter, It Will Come Out of Nowhere to me is more like an amazing experience, just like watching a movie or reading a novel that challenges your imagination, takes you off from this world.

Technically the album has quite good standards in general. Everything sounds clean, clear, natural, very well balanced, engineered, produced and most importantly; in great harmony. Post Death Soundtrack is kind of a band that makes the difference with their moody atmosphere. And this is the album where you will find one of the best examples of it out there. Honestly, I am well impressed by their work, especially in this matter. The energy level is constantly changing, flowing brilliantly up and down all along the way, just like the life itself. Once you listen to the whole record, it instantly establishes a strong connection with the listener. When I take all these into account, I can say that It Will Come Out of Nowhere album truly is one giant leap for Post Death Soundtrack. An album that will make these gentlemen and their families proud of all their lives. 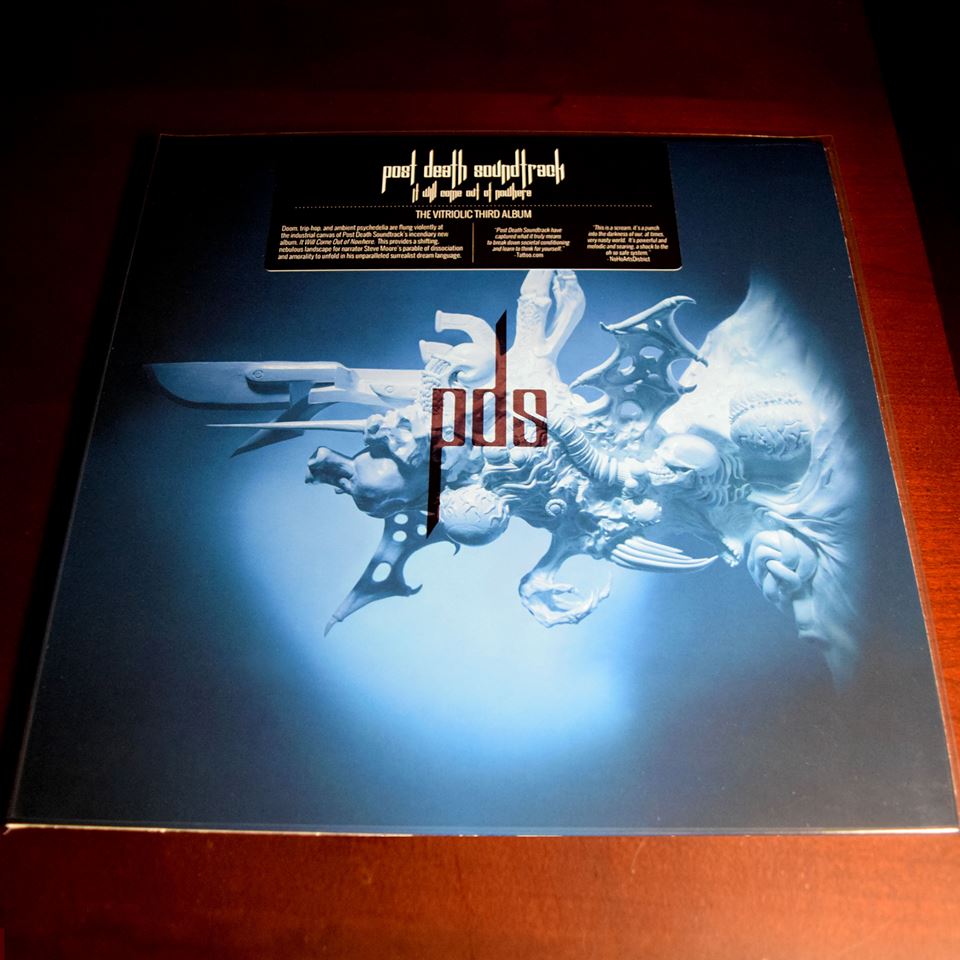 In conclusion, we, as Metalhead Community Team, would like to congratulate Post Death Soundtrack for their new release; It Will Come Out of Nowhere, and wish them the very best in their future. Thanks for reading.

Post Death Soundtrack
It Will Come out of Nowehere