Today we are featuring a death metal band; The Sheep Destroyer Crew, from Montreal, Canada. We have reviewed their monstrous song; Captain Obvious, along with its character, style, story, potential and more.

The Sheep Destroyer Crew is another upcoming death metal band I have discovered online about a week ago with this very song; Captain Obvious, off from their upcoming full-length album; Unstable Minds: Blighted Fantasies, which will be released on May 10, 2019. I listened to Captain Obvious multiple times to have solid opinions before writing the article. Basically, there are both positive and negative things to say about this very project. As a whole, it is a successful work, where the band shows potential. There are more than a few moments where you can have a good idea of their skills and abilities. First of all, the song has a monstrous sound. Super powerful guitar riffs are making everything better. The vocalist is also talented at singing, I liked the way he wrote his lines for these specific partitions. The energy is high, it has a quite static flow from the beginning to the end. This is mostly coming from the instrumentation and the structure, the way they built the composition. There’s nothing positive or negative about it, some might like it, also can be boring for others. Altogether, these gentlemen surely have something special not only technically, but energetically.

On the other hand, I feel like there are some certain fields that they can and should improve. When I take a closer look at the structure, it has 3 main parts and repeats 3 times with an additional ending. I know the music is not all about this kind of calculations or any kind of math. But this is where the magic happens, where advanced musicians make a difference, don’t they? So the structure of Captain Obvious is making everything urgently into the main course without any other detail. It is raw, uncut, unmodified. In my book, this was a decision that I would be avoiding. Music should maintain its freshness and excitement. Additionally, after these three repeats, the ending part sounds like its musically way below their musicianship levels. Maybe I didn’t get it right, which also possible. Eventually, these might be done on purpose, and I respect that. As I have mentioned above, there is no wrong in music. These gentlemen have done a fine job in general and I just believe that there still are some room for them to develop. 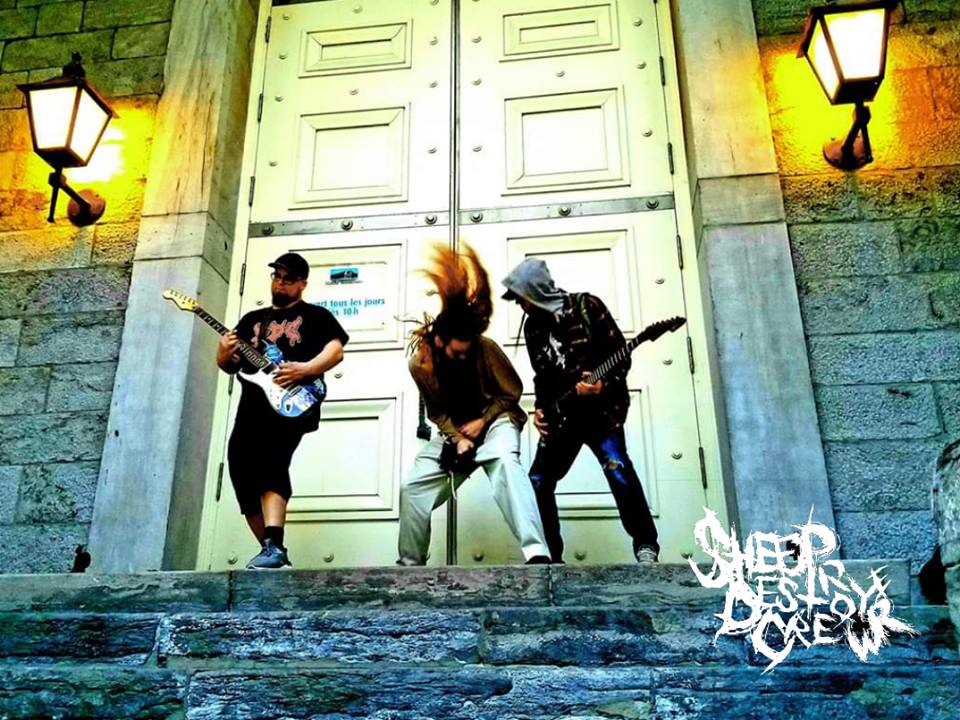 Technically, Captain Obvious has great standards, truly. Everything sounds super powerful, clean, clear, natural, loud, very well balanced and mixed. You can easily hear every detail in each instrument’s partition. Great job. For instance, their harmony in their sound is what I liked the most about them. And this is a very crucial detail. The sound quality of their music is powerful enough to catch some attention and bring fans to the club without a doubt. In this matter, they don’t sound like an amateur or an upcoming band, on the contrary, it sounds quite professional. When I take all these into account, I can say that The Sheep Destroyer Crew can be a powerful candidate for the future of their specific genre. They are young, talented, ambitious, passionate and 100% metal, which are more than enough for all metalheads to respect them and their music. I recommend all of you to keep an eye on the upcoming album of The Sheep Destroyer Crew. They have the potential to surprise everyone, including me!

In conclusion, we, as Metalhead Community Team, congratulate The Sheep Destroyer Crew for their powerful song Captain Obvious, and wish them the very best in their future. Thanks for reading.

THE SHEEP DESTROYER CREW on the WEB